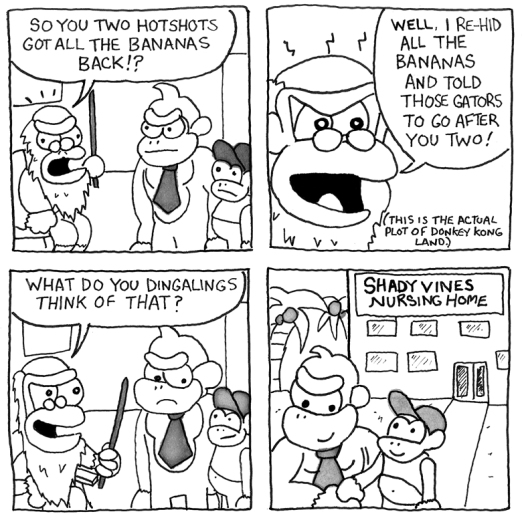 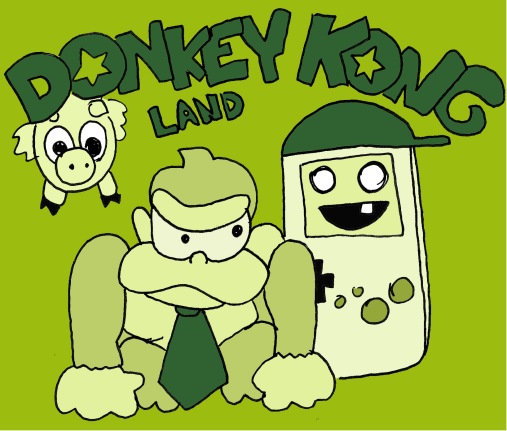 New Episode of the Yokoi Kids audio show! Josh Adams, who picked the game reads some mail he got. It’s pretty good folks. Chris Tuttle jumps in with some thoughts too!

Nolen Tabner is a game designer originally from DFW, TX now residing in Glendale, CA. He has worked on many games your toddler has played along with games your filthy uncle has played. He is currently working on a game called CHIMPS. Check him out. http://nolentabner.com 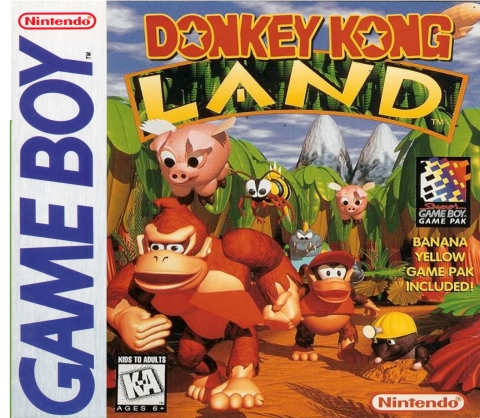 This months game was picked by Josh Adams. It’s the 1995 game Donkey Kong Land! At first I was like “Dude, Josh? You picked a port of an extremely popular SNES port? What the Hell!? This is Yokoi Kids, not Sloppier Handheld Version of Popular Game Kids! What’s next Josh? Ducktales!?”.

After I cooled down I did some research. This game is a very tongue and cheek self aware port. The gameplay is the same but the levels are very different. It’s got some sweet 8-bit stereo songs by David Wise. And it has some wild enhancements when you put it in the Super Gameboy.

Josh had this to say about the game:

I have a lot of memories playing that one and trying to beat it on car trips. I borrowed it from someone I went to school with, who didn’t really care about it because they had a Nintendo 64, however, I was never allowed a game console, I just had a Gameboy. I remember thinking it looked so good & it was crazy hard. Especially the mine cart levels. I did eventually beat it, which was the first time I ever beat a video game.

Okay Josh, you win. Please don’t open the package I angrily mailed you yesterday. It was full of live bees. I just realized that the bee’s would probably “bee” dead by the time they reached Australia. I hope you enjoy the dearly departed bees.

And I hope you kind folks enjoy Donkey Kong Land. It’s of course under $10 and you can download it on the 3DS shop. So send us some submissions or just let us know what you think. Thanks! -RV

And it’s still not too late to send us your submissions or thoughts on Nemesis!