I think we all screwed up by not noticing that there was an evil broken legged hedgehog boss in Speedy Gonzales.

Rick V. draws comics and does a lot of other things. Check it. 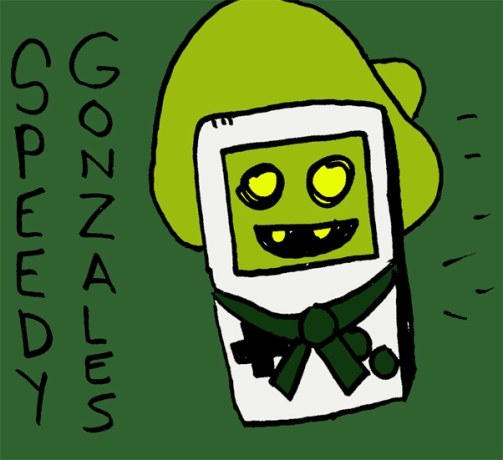 Nolen Speaks! A lengthy conversation with Nolen (Yokoi Kids Collective member) about his love for the Gameboy and the very hated Speedy Gonzales game.

LISTEN HERE! (or on Itunes) 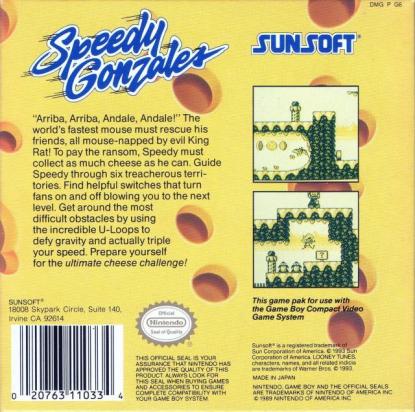 It’s March 5th and we are now just posting what this month’s game is. I’ve been busy! This game was picked by Yokoi Dad Nolen Tabner and he had this to say about it:

“The game for March is Speedy Gonzales. Have you ever wondered what would happen if there were a Sonic game on the original Game Boy, with zero rolling ability but with more cultural stereotypes? Have we got a game for you.

Honestly, the game’s sprite work is fairly great for the system and the levels are acceptable lengths. The music is awful and the overall game play gets repetitive quickly, but the game is a decent platformer if you’re looking for something different.”

It’s under $10 and pretty common. So buy it, borrow it or bootleg it and let the world know what you think!